Is G FUEL Bad For Kids? (What You Should Know)

G FUEL is a natural energy drink formula, and while this is always promoted as one of the best energy drinks, this might not be ideal or safe for kids. There are no age restrictions on selling any caffeine that contains beverages, including energy drinks. Still, they can also become addictive, and according to a new study, they can be harmful if consumed in excess.

What a kid eats or drinks is closely tied to their growth, so it is best to encourage them to eat foods high in vitamins, minerals, and fiber.

This iconic drink has been around for a long time; it is a sugar-free energy drink created by Gamma labs. G FUEL was first released as a water-soluble caffeinated powder and has since expanded its line of products. Now, there are carbonated versions in cans that come in different flavors.

Is G FUEL For Kids? No, The American Academy of Pediatrics suggests that adolescents’ daily caffeine intake should be limited to 100 mg. G FUEL is high in caffeine, and although it contains no sugar, kids are strongly dissuaded from taking energy drinks. G FUEL hydration tub is a caffeine-free blend with several new flavors, so your kid aged 13 and older can take this. But moderation is critical, and kids should only take half a serving of the G FUEL hydration formula.

G FUEL represents the official energy drink of sports and gaming. Although there aren’t many rules on the consumption of this drink, there is an age restriction. But most notably, when it comes to kids, you need to be mindful of what they consume.

G FUEL energy drink is a sugar-free energy drink, but it contains just as much caffeine as you would find in a large cup of coffee, so that should be 140 to 150 grams of caffeine per serving. While the G FUEL hydration formula contrasts this energy drink, it contains no sugar, no calorie, and no caffeine, so it is a refreshing drink anyone can enjoy.

So keep in mind that this is a performance-driven energy drink formula. Although the company promises to help stay ahead of dehydration, kids above 13 can safely consume half a serving of G FUEL Hydration formula but not more, and they should stay clear of caffeine.

The targeted consumers for G FUEL are primarily gamers and adolescents; hence it can cause unknown adverse side effects for any underage. So while the G FUEL hydration formula is touted as a healthier alternative for kids, we still suggest your kid drinks water rather than half a serving.

Ingredients Used In G Fuel And Effects On Kids

G FUEL is sugar-free; however it is still vital to look at the ingredients and understand their effect on its users. G FUEL is a popular energy drink in the United States manufactured by Gamma labs. The drink is a sugar-free energy drink formula to increase focus without scratches; hence the target consumers are sports and gamers. G FUEL is packed with tons of antioxidants and b-vitamins but has high caffeine content.

The G FUEL Hydration line features a combination of the following key ingredients: 14 mg of caffeine while the focus-enhancing amino acid L-Tyrosine includes vitamins C, E, B12, and B6; and electrolytes to promote hydration. Check out the complete energy ingredient label.

G FUEL might be designed for gamers, but do not let the powder fool you; each 15-calorie Energy Formula powder contains 140 mg of caffeine and is focused amino-fortified, packed with antioxidants, and vitamin-fortified with Vitamins C + E + B12 + B6. Source: G FUEL.com

Unlike other energy drinks, G FUEL is zero energy crash; its effect on the human body generally is to increase attention and alertness. Taking a dose of 75 mg increases attendance, while anything of 150 mg and above can result in mental alertness, good memory, and faster reasoning. G FUEL contains caffeine; hence taking it at night can interrupt sleep.

Is G FUEL Safe For kids?

There is no official guideline on any amount of caffeine for kids, but Health Canada recommends that kids 12 and under not consume more than 2.5 mg of caffeine. Based on this formula, your child can only consume 2.5 grams of G FUEL but must weigh at least 60 kilograms or 132 pounds. If you are using powdered G FUEL then you can work a potion; however you can’t always be too sure about this hence it’s best to avoid it.

G FUEL is mainly treated like a cup of coffee, and no harm is recorded in kids taking it. However, kids should not be taking G FUEL or any energy drink because of the stimulant content. The biggest concern of G FUEL is the caffeine, and no matter how you work on the portion, you can’t be entirely sure of the effect on your kid.

G FUEL is a trendy drink that is great for adults but not entirely safe for kids and adolescents. The powder contains 140-150 grams of caffeine, while the canned contains double that amount. As stated earlier, the recommended amount of caffeine for kids under 12 is 2.5 mg.

G FUEL might be a great healthy alternative to sugar-laden energy drinks, but you must be 18 and above. One-third of kids between 12 and 17 have been discovered to take this drink, but G FUEL does have age restrictions, and while there is no record of side effects, Esports Healthcare highly dissuades kids from consuming G FUEL.

How Old Do You Have To Be To Drink G FUEL?

18 and above is the recommended age you have to be to take G FUEL. A full-grown adult will reach its caffeine limit after taking 3 doses of G FUEL, so it is not recommended for adolescents and kids 12 to 18. The drink has gained much popularity among gamers but is not so recommended for teen gamers.

G FUEL is a cool energy drink compared to most energy drinks with high sugar content, and you don’t have to be worried about the health implications of the sweeteners used in place of sugar. But, the drink is meant for sports and gamers, so it is meant for adults who also have to take it in the correct dose as well.

At what age can you drink G FUEL?

While many people come up with their age restriction, G FUEL, however, does provide its restriction, which clearly states that “All users of our website must be over the age of 18. Although pediatric experts say, you should be at least 12 years old to drink G FUEL and any energy drink. In conclusion, 18 should be the perfect age to drink G FUEL Energy Drink.

Hydration G FUEL is made with natural ingredients, and it is gluten-free, sugar-free, and packed with antioxidants and B-Vitamins.

What can kids take instead of G FUEL?

You do not have to give G FUEL to your kids due to its high caffeine content. No matter how popular they are, kids can consume no safe amounts of energy drinks. Alternatives for energy drinks are energy-given foods, including bread, pasta, rice, fruits, and vegetables. Meat or meat alternatives as well.

The original goal of creating G FUEL was to make a clean drink with natural ingredients that can be a healthier alternative to the regular sugar-laden energy drink.

We must agree that G FUEL is a great drink that gives you the kick you want, but it is still high in caffeine, and kids below 18 are not meant to take caffeine.

G FUEL is not necessarily unhealthy for adults, provided you do not drink more than the recommended dosage, but this is also another reason not to have kids drink it. 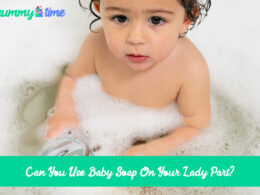 Can You Use Baby Soap On Your Lady Part?

In This Article Show Can You Use Baby Soap On Your Lady Part?5 Safe Products That Can Be… 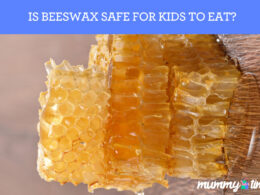 Is Beeswax Safe For Kids to Eat? (Real Answer)

In This Article Show What is Beeswax, And How Is It Made?Is Beeswax Safe For Kids to Eat?Is… 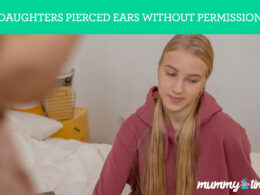 Daughters Pierced Ears Without Permission (What to Do) 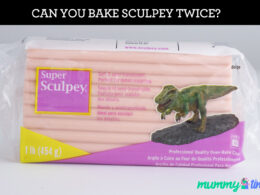 Can You Bake Sculpey Twice? (All You Should Know)

In This Article Show Sculpey, The Polymer Clay ExplainedWhat Sculpey Is Good For?Types of SculpeySculpey and Sculpey AccessoriesHow…